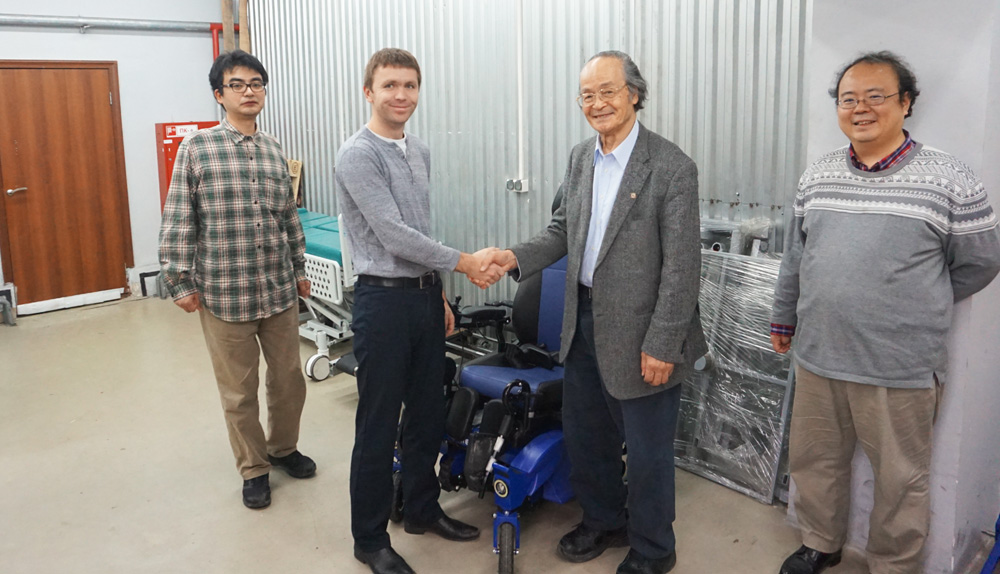 Caterwil devices for people with disabilities are gaining popularity all over the world. And Japan became no exception: their representatives took part in a special event, where the unique qualities of the russian electric wheelchairs were demonstrated, and got interested in the products.

Caterwil showcased its products at InvaExpo, which was held in Moscow, from October 31st to November 2nd. Among the guests were major companies from different countries, including Japan. The stair-climbing wheelchairs seriously interested foreign partners, as a result was signed an agreement with NIHON BINARY CO., for procurement and maintenance of the Caterwil products in Japan.

It wasn’t a spontaneous decision on the Japanese part, because they have seen the Caterwil electric wheelchairs in action, when they took part in the international competition CYBATHLON Wheelchair in Tokyo in 2019. There the wheelchairs successfully demonstrated to the audience their all-terrain qualities by successfully overcoming the obstacles of a special track adapted to imitate the urban environment.

Caterwil devices were noticed in various events which made them famous internationally.  For example, in 2017, Caterwil Wheelchairs became a resident of the Skolkovo Foundation and took 1st place at the Cybathletika Championship. A similar success accompanies Caterwil’s devices during the international Cybathlon Experience in Germany in 2017.

It is notable that the Caterwil products distribution happens around the world solely due to its value. Such technologies make everyday routines become simple and convenient for people who need wheelchairs for living.