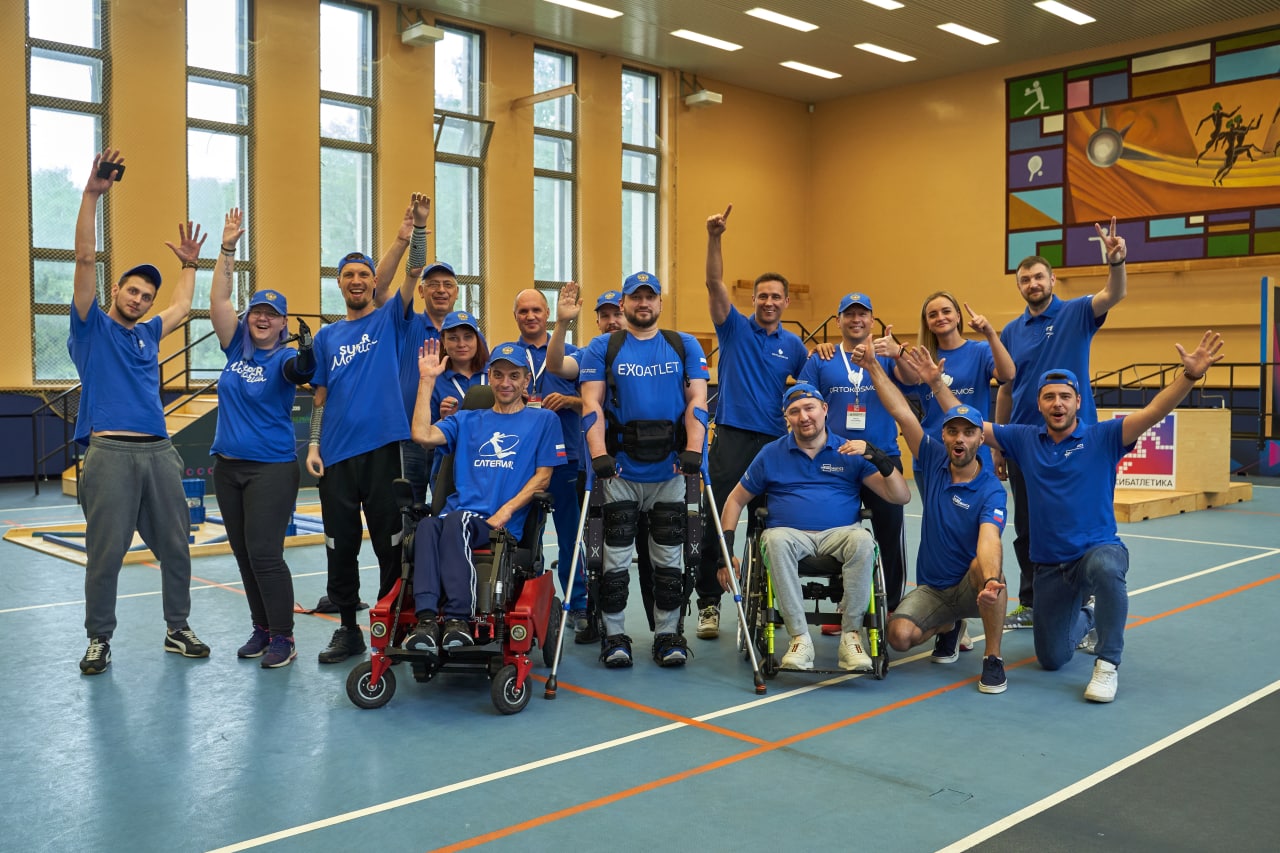 On November 13 will be held the world’s exclusive competition for users of advanced assistive technologies on the territory of the Center for Sports Technology of Moskomsport in Moscow.

More than 60 teams from all over the world will take part in the second world championship, including five Russian teams. Unlike the Paralympic Games, here compete not only people, but also the most advanced rehabilitation technologies: bionic prostheses of arms and legs, advanced electric wheelchairs, exoskeletons and neuro-interfaces. Team Сaterwil will perform at the Cybathlon 2020 championship as a part of the Russian national team.

This year, due to the pandemic, the cybathles will perform at “home” venues, fully equipped in accordance with the rules of the championship. The event was partnered by the Ministry of Industry and Trade of the Russian Federation, the Moscow Sports Department, the Kaspersky Lab, the iCore, the Match TV, the Invest Foresight and the Moscow Agency. You can watch the Russian team progress online on the website of the championship.

The pilots will test the capabilities of home-developed products in performing regular household tasks on specially designed tracks. Although each participating country builds the track themselves, the organizers have selected tasks to ensure that all participants will have the same level of difficulty.

For example, users of wheelchairs, exoskeletons and prosthetic legs will have to climb stairs and cross a bumpy road. Users of bionic hand prostheses – to cut bread and to determine the object in the box by touch (it will be delivered specially from Zurich). This is not an easy task to do, since sensor feedback technologies have only recently begun to be introduced. In the meantime, people who use prostheses have to rely on their eyesight.

The users of neuro-interfaces will be facing a 4-minute digital race. The pilot, whose virtual car will cross the finish line the fastest, will win. In addition to the standard left-right control, participants will have to turn on and off the headlights in changing conditions. Third important requirement will be not to signal in certain sections. Success depends on the pilot’s ability to manage their condition, which allows the device to read the correct signals of the brain at the right moment.

Cybathlon is more than a competition. It is an event that blurs the line between healthy people and people with disabilities and literally allows you to look into the future, where technology allows people to become more resilient and advanced. In Russia, the Cybathlon ideas are developed by the “Kibatletika” Union. In 2017, the Cybathlon movement was supported by Russian President Vladimir Putin.

The championship idea was born by Professor Robert Rainer of the Swiss Higher Technical School Zurich (ETH Zurich). In 2013, he initiated the creation of a platform for the development of technical rehabilitation tools that are convenient for daily use.

One of the main goals of Cybathlon is to stimulate the high-tech industry. In Russia, according to the Federal Register of Disabled Persons as of September 2020, there are 11.76 million people with disabilities. This is just over 8% of the population. In the world, according to the World Health Organization, 15% of the population has disabilities. And by 2050, according to WHO experts, this figure will reach 20%. In 30 years, more than two billion people will need at least one assistive device, and many elderly people will need two or more. At the same time, today only one out of ten people in need have access to assistive devices, and in 75% of low-income countries there is a catastrophic shortage of qualified personnel in the fields of orthopedics and prosthetics.

About the Cybathlon Championship

Cybathlon has been organised since 2016 by the Swiss Higher Technical School Zurich (ETH Zurich). The main participants are the people with disabilities who use high-tech rehabilitation products for everyday tasks. The assistive devices and rehabilitation technologies are also evaluated.

Cybathlon is a worldwide movement that helps people with disabilities to fully integrate into society by completing their day-to-day activities. In Russia the ideas of Cybathlon are promoted by the “Kibatletika” Union (NGO). It brings together Russian developers and rehabilitation equipment suppliers and demonstrates how development and usage of modern rehabilitation equipment and assistive technologies return lost functions to people, change their attitude to themselves and teach society to treat people with disabilities as equals.

For three years of development of the Cybatlet movement in Russia, the “Kibatletika” Union has organized 10 events all over Russia.

In 2019, the movement of Cybathlon was highly appreciated by the President of the Russian Federation Vladimir Putin during his meeting with the Community leaders of the Kaliningrad region. He gave the order to support the participation of the Russian national team in the World Cybathlon Championship 2020 and to support the application to host the Cybathlon Championship in 2024 in Russia.